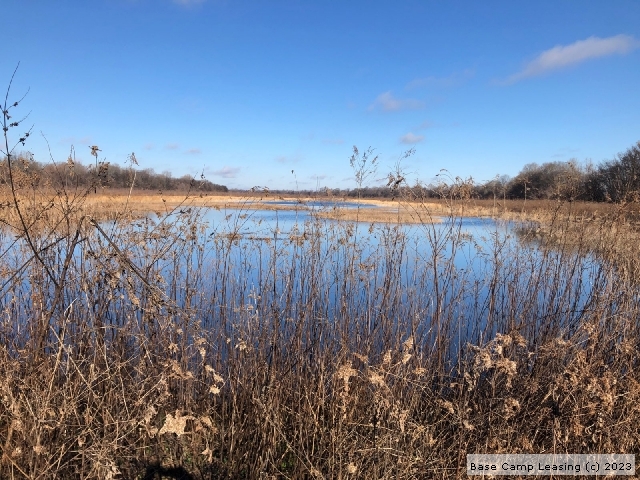 You are entering a deposit payment screen for Property #9183

Prime Mississippi Delta Lease!!! This truly is a hunters' dream! (Duck & Deer) This Sunflower County lease is roughly 1675 acres. 600 acres are in timber and the remaining is in crop fields and the Wetlands Reserve Program. Of the 500 acres in the Wetlands Reserve Program, there are 5 natural flooded areas and any of the 500 acres can be planted in millet, buckwheat, corn, sorghum or sunflowers up to a total of five acres. The owner has 7 water structures and two pumps that he can flood and dam water to create duck holes in low lying crop field edges. All crop fields are no-till and usually have wheat down as a cover crop. The owner said soybeans and corn will be planted in the fields. The timber is 25 years old. I saw several deer while riding around the property upon inspection. There were numerous trails and rubs in the timber and all of the field edges had tracks. They have been utilizing the wheat cover crop to their advantage. This property runs into a wildlife management area on the north side. This is by far the best lease that I have laid eyes on. It has everything you could want in a lease...and it can be yours!

There are 2 optional bnb cottages on the property if you choose to stay in them. Each one has 2 bedrooms. 4 double beds in all. Can easily accommodate 8 at one time.

* ATV allowed for hunting purposes only!

* Food plots can be arranged. This property limited to a 2.5% annual price increase.

A hunting lease in Mississippi is ideal for hunters who prefer to pursue game in a milder climate. The state has exceptional opportunities for deer and turkey hunters with some of the highest game-to-hunter ratios in the U.S.

Mississippi’s whitetail deer population is estimated to be 1.75 million strong. That’s ten times the number of all hunting licenses issued in the state each year and success rates are high compared to many other states. What’s more, state game officials report a high percentage of harvested deer are older animals.

Mississippi is known for producing huge bucks. The state has logged 109 typical and 70 non-typical racks with Boone & Crockett, the largest of which was a monster 295-6/8” non-typical buck harvested in Winston County back in 1995. The largest typical deer in the B&C books from Mississippi is a 184-6/8” buck taken in Adams County in 2011.

The state has a good turkey population estimated at more than a quarter-million birds. In 2019, the Mississippi Department of Wildlife, Fisheries, and Parks instituted Game Check, a mandatory harvest reporting system to document gobbler harvests by all resident and nonresident turkey hunters. Nearly 9,000 check-ins logged a harvest of 12,627 gobblers from 81 of the state’s 82 counties in 2019, indicating good statewide distribution