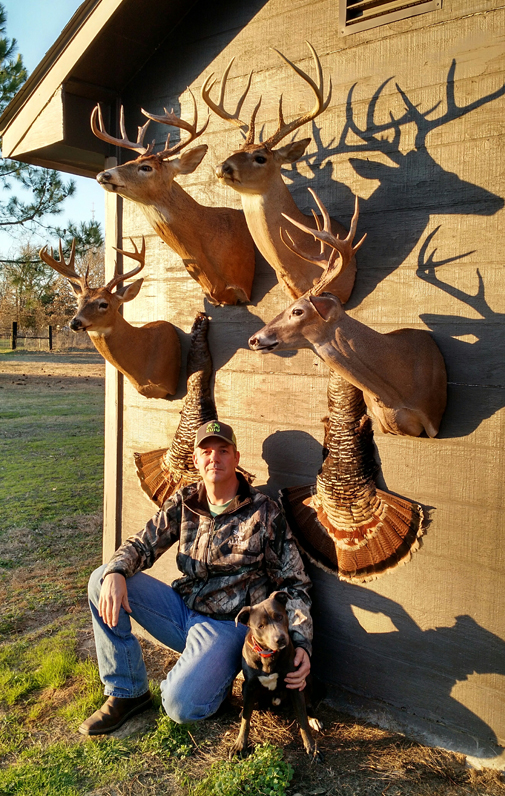 Rex was born in Phoenix, Arizona, but has spent most of his life in east Texas and currently lives in the town of Emory with his wife and two children. Rex works for Frontier Communication and has been in the telecommunication business for 26 years.

His father introduced him to hunting as soon as he was able to pick up a shot gun. Rex started with dove and then moved up to varmints, javelin, and finally mule deer. Moving to Texas opened him up to another side of hunting. In his 40 years of hunting he has had leases all over the state and some in Kansas as well. Rex has even enjoyed some of the public land hunting in Colorado. Some Texas hunting leases are for one species or another and he has held them all from quail in the Panhandle, South Texas brush country buck in Zapata, turkey and deer in West Texas and the Hill country and let’s not forget the exotics. He is confident that his years of leasing Texas hunting leases that he will be able to evaluate property and help a hunter or landowner with their hunting needs.

Please contact Rex with any questions you have about putting your land up for lease or about hunting on Texas leases at (903 )474-5663 or rex@basecampleasing.com.