Arkansas is a beautiful state with all manner of recreation. There are numerous lakes, streams, and rivers throughout the state. The terrain varies from mountains in the Northwest to flat prairie in the Southeast. Hunting in the state of Arkansas is as diverse as is the landscape, making an Arkansas hunting lease a rewarding investment.

In the Southeast portion is the Grand Prairie and the farming area. Crops grown in this part are rice, soybeans, wheat, corn, grain sorghum and cotton. Included are other crops of lesser importance. This Grand Prairie area is mostly flat and includes Stuttgart, AR and the Mississippi flyway for ducks. The Northwest portion of the state is made up of hills, mountains, and timber. This area includes portions of the Boston Mountains and the Ozark Mountains.

An Arkansas hunting lease can offer some of the best duck hunting in the world. Stuttgart, Arkansas, claims to be “The Duck Hunting Capital of the World.” In the past several years, more rice fields in this area have been flooded and leased for hunting. There are several large duck hunting clubs, with thousands of acres leased, all up and down the rice producing area. Mack’s Prairie Wings is located in Stuttgart and is the largest supplier of Remington shotgun shells in the world. It is also one of the premier suppliers of hunting equipment.

Deer hunting is statewide, and each year there are several trophies taken. There are thousands of acres in Arkansas that are owned by various timber and paper companies. Most of these areas are leased for hunting and have been for years.

There are also several large Wildlife Management Areas in Arkansas that offer all manner of hunting to the public. There are increasing numbers of turkey in the state, and we are seeing developing interest in that game. For the past several years, Geese have been flocking into the rice producing areas by the thousands. There is some small amount of goose hunting. Squirrel hunting is done in most scopes of woods throughout the state. Hunters also do rabbit and raccoon hunting, mostly with dogs.

Arkansas hunting leases offers diverse hunting opportunities in a diverse and wildlife plentiful landscape. It's a great state for investing in a hunting lease! 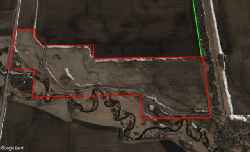 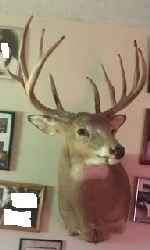 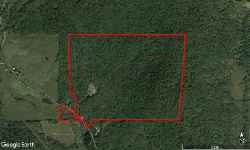