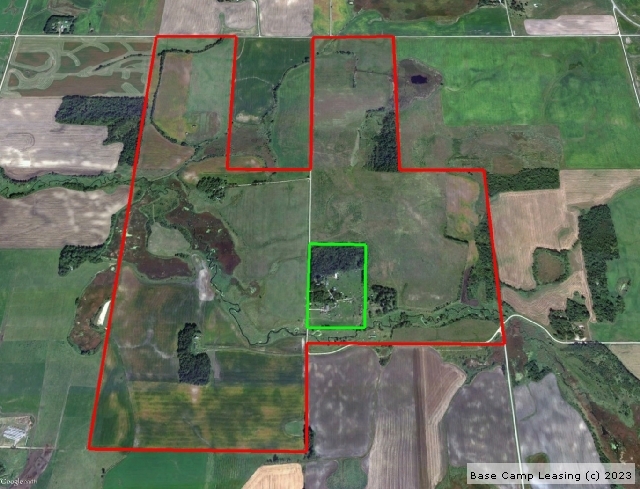 You are entering a deposit payment screen for Property #8819

Here's a huge farm for lease in Polk County. This farm is 1 mile East to West and 1-Ľ miles North to South. It's a big lease and has great cover throughout its entirety. The Poplar River flows through the core of this farm for over 1-˝ miles. There are several mature Oaks woodlots scattered all around this farm as well as other smaller creeks and wood lines all over. The property also has a bunch of thick low ground, and a lot of the open looking areas are actually dense over grown brush/trees.

While inspecting this property I found heavy deer sign everywhere. If you shed hunt this property in the spring you won't be able to count all the huge buck rubs you find. Everywhere I walked I found big trees shredded by bucks last fall.

The cropland on this farm is very diverse. There's corn, beans, and wheat. Most years there are also fall crops planted like winter wheat. These fall fields will be deer magnets.

There are a couple different spots to camp if you choose to. Electricity might be an option for you but it would have to be turned back on. This could be discussed with the landowner.

The aerial photo doesn't do this property justice. I recommend looking at this one closer on Google earth or viewing.

There might be some good waterfowl hunting opportunities, and there are turkeys around but not huge numbers. Bear are in the area also; the landowner has been seeing a couple.

The green box on the photos is the landowner's home. He prefers you don't hunt inside this green box except while blood trailing deer… This property limited to a 2.5% annual price increase.