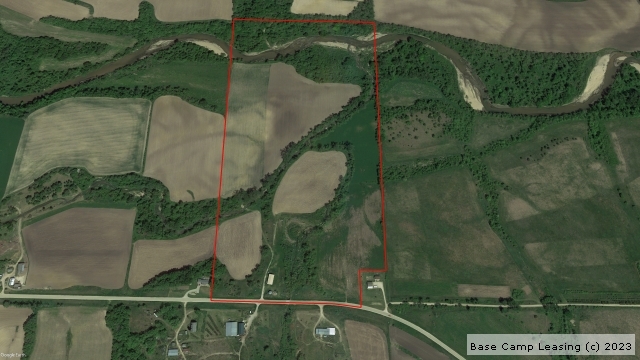 You are entering a deposit payment screen for Property #9782

This property has a lot going for it. The Volga River and Hewett Creek come together on this property, as well as two other smaller creeks. That's 4 different drainages all meeting on property. It creates endless field edges and funnels to hunt. Hewett Creek is also a designated trout stream. The Volga river also has some good fishing for smallmouths. The NW corner/side of this property butts up to the backside of some public hunting land. This allows you to continue hunting West along the Volga River. The nearest public access is across the river nearly 1.5 miles away. This end of the public should have little pressure. In my opinion it's a hug plus for this property. The deer trails and sign on this property were crazy. Its obvious deer numbers are high in this area. In 2020 a stud was shot on this farm with bow, see the photo.

An added bonus is another 65 acre farm a few miles down the road where the landowner lives. He has cattle on a bunch of this 65 acres, but there's still a couple good stand locations on it. The landowner said the rut and gun season are the best hunting on this farm. The landowner shot a great deer on this property in 2017, see photo. There's a farm larger than 1000 acres with a bunch of timber on it between these two parcels. It looks like a great opportunity for deer to grow old in the neighborhood.

I could hear tom's gobbling in the distance while I was walking the property. Turkey tracks were all over the place. This property limited to a 2.5% annual price increase.