Outdoorsmen find that hunting leases in Michigan reward them with many opportunities. A land lease from Base Camp Leasing is no exception. The mixture of hardwoods, wetlands, bogs and forest openings is perfect for deer, bear, turkey, and waterfowl.

The deer herd in Michigan now exceeds 2 million. Many deer in urban areas create problems and need to be harvested. Since around 80% of Michigan hunting lands are privately owned, the only way you might be able get in on the action is through a land lease. If you're looking at hunting leases in Michigan, expect some good sport. The annual harvest exceeds 500,000 deer.

If that weren't enough, Michigan hunting leases could also offer great fishing. This state is surrounded by water, and has thousands of inland lakes and ponds. Most game species found in North America reside here. You can troll for salmon and walleye. Cast for bass, Muskie, and pike. Jig for perch, crappie, and many species of pan-fish. Plus, the trout populations are enormous.

Trappers and fur harvesters do well on hunting leases in Michigan. American Woodcock, Bobwhite Quail, Ring-neck Pheasant, and Ruffed grouse all have open seasons. Regulation information can be found at www.michigan.gov/dnr.

If you're looking for Michigan hunting leases, Base Camp Leasing has several options with great outdoor and hunting opportunities. 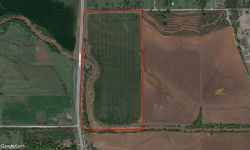