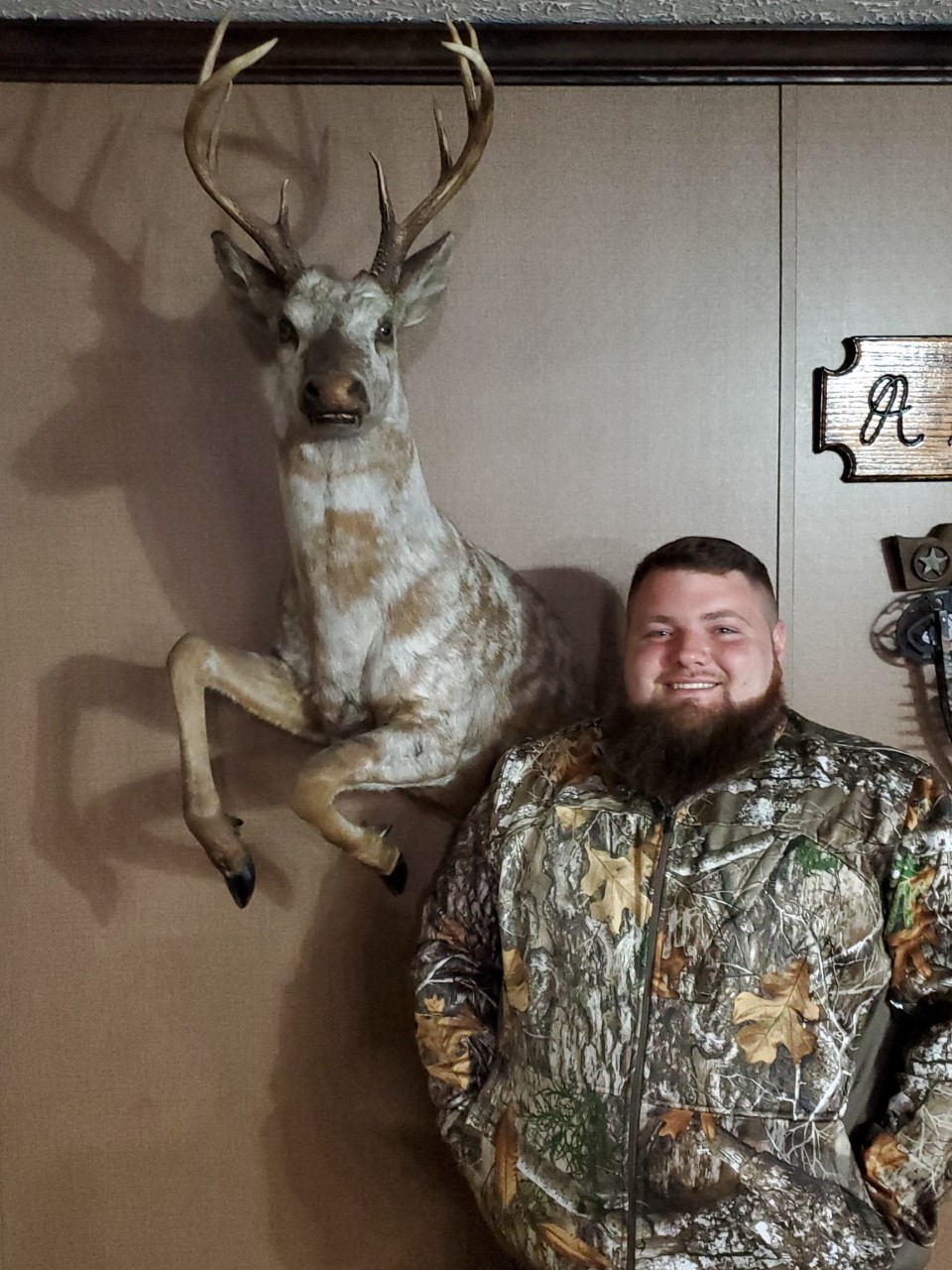 Ryan has lived in South Louisiana his entire life. He was born in New Orleans and moved to Houma, a small town in Terrebonne Parish, in 1998. He was introduced to the outdoors at the early age of 5 by his stepfather Andrew. As a family, they would spend a lot of time at their fishing camp in Cocodrie. Ryan grew to love duck and deer hunting as well as fishing. From then on, his passion for the outdoors grew. At the age of 10, Ryan was able to harvest his first trophy whitetail deer in Alabama...a beautiful 9-point piebald weighing 215 pounds. Since then deer hunting has been his main focus. He has taken the time to enhance his hunting lease in Alabama and has acquired a lease in South Louisiana.

Ryan currently works in the oil industry, but has previously worked in the seafood industry and law enforcement. Ryan has traveled all across the great state of Louisiana meeting and becoming friends with some of the most well-known and successful whitetail deer breeders. He aspires to one day have his own farm so he can further study the patterns and habitats of the whitetail deer. In his spare time Ryan enjoys woodworking and making duck calls on his lathe.

Ryan married the love of his life on October 20, 2018. Ryan's wife Emily also shares a passion for the outdoors. When they have children, they plan to continue this legacy and teach them how to successfully and humanely take wild game.

Ryan knows what it takes to find someone a great piece of hunting land. He knows that every piece of land has its own personality. Communicating with the customers and gaining an understanding of what meets their needs is something Ryan has a passion for.

Ryan can be reached on his cell phone at (985) 860-0325. Please feel free to text or call him at any time to discuss hunting leases in South Louisiana and South Mississippi. He can also be emailed at Ryan@basecampleasing.com.